Home Africa Israel is indeed going back to Africa

Israel was there with the team of Israeli firefighters in Ethiopia continues its mission there for the 2nd day, working to combat the Simien Mountain National Park fires, Israel sent 9 firefighting experts to Ethiopia to assist the local forces in putting down the raging fires in the unique World Heritage site. Israel was there and inaugurated an Intensive Care Unit at the hospital of Dodoma in Tanzania and last November upgraded an ICU in Kisumu in Kenya through MASHAV by doing great things in the health sector in East Africa. Israel is always there, and Israel Israel Ministry of Foreign Affairs inaugurated the new Embassy of Israel in Rwanda, Israel’s 11th embassy in sub-saharan Africa. This is Israel’s 11th embassy in Africa; it symbolizes the policy of Israel’s return to Africa, as was announced by PM Netanyahu 3 years ago and in light of which he visited the continent four times and established diplomatic relations with Chad and Guinea Conakry.

To West of Africa, Israel is there!!

Prime Minister Benjamin Netanyahu and his wife Sara hosted Cape Verde Prime Minister Jose Ulisses Correia e Silva and his wife Elsa Correia e Silva for dinner. PM of Cape Verde was on an official visit to Israel, PM expressed Cape Verde’s utter support of Israel in its fight against terror. Israel’s Deputy Director General of Ministry of Foreign Affairs met with Prime minister of Cape Verde discussions was on MASHAV Cooperation Israeli Prime Minister Netanyahu met in Jerusalem with the President of Liberia George Manneh Weah, the fruitful & wide-ranging discussions during the visit reflect the close relations presently enjoyed by both countries. Following President Weah visit #Israel & #Liberia agreed to enhance their cooperation. Within this framework MASHAV will provide capacity building programs in agriculture, health, women empowerment and emergency preparedness both in Israel and in Liberia. The Embassy of Israel in Cameroon through CBM Cameroon, some young Cameroonian disabled children are using wheelchairs designed by Wheel Chairs of Hope. Wheelchairs of Hope is an Israeli NGO that works for the improvement of access for children with mobility disabilities mainly in Africa.

Central Africal, Israel is there!!!

Israel’s PM Netanyahu and Chad President Idriss Deby announced the resumption of diplomatic relations between Chad and Israel. The two sides will presently sign an official memorandum on the resumption of relations between the two countries. The announcement was made in the framework of PM Netanyahu’s historic visit to Chad. The two sides view the resumption of relations as the key to future cooperation for the benefit of both countries. Prime Minister Benjamin Netanyahu met with Gabon Vice President Dr. Pierre-Claver Maganga Moussavou, at the Prime Minister’s Office in Jerusalem. The two discussed strengthening bilateral relations in agriculture, water management and energy, among other areas. The meeting was part of the deepening of Israel’s relations with African countries. President Rivlin did meet with President of the Central African Republic, Faustin-Archange Touadéra at his residence. President Rivlin welcomed President Touadéra and said, “We have enjoyed ongoing connections out of a desire to expand the cooperation between our states, in humanitarian, economic, and cultural fields. We are very pleased to welcome you on your visit, which is certainly a further step in the developing relations between us.” President Touadéra added, “This is the first time a leader of the CAR has visited Israel, though we were one of the first states to recognize Israel. Our country has endured difficult times, and the people have proven that they want to get out of this situation, and so we have come to Israel in order to learn – your country is a school for us. Israel has advanced abilities in development and this is a good example for us to be brave, and to have the will to succeed.

We believe that cooperation can help both sides and we are committed to furthering this.”

Israel is there in the Southern Africa!!!

Israel is always there, Israel through Israel Aid did send Emergency Response team to Mozambique bringing #WASH supplies, community & mental health support specialists and more. Updates to follow in the coming days #CycloneIdai. Israel extends assistance to the victims of the #MozambiqueFloods2019. Israel is always there for remarkable visits, President Rivlin meets with Bishop Lekganyana of South Africa. The Bishop’s delegation explained to the President their tradition of gathering millions of the Church’s followers together three times a year, and of the importance the community held in praying for peace for all mankind. President Rivlin “We can hear any kind of criticism, but the idea to boycott Israel, against the very idea that the people of Israel have a right to live in our homeland. This is something that we cannot accept”. Israel is always there, there was theFirst-ever Knesset delegation to South Africa. A delegation of Members of Knesset returned this week from a weeklong official visit to South Africa where they met with leading South African political figures and members of the Jewish community.

Northern Africa, Israel has its footprint.

40 years ago 1979, Israel & Egypt signed the historic peace treaty which opened an era of cooperation between our countries. President Rivlin sends letter of condolence following the terror attacks in Egypt to President el-Sisi of Egypt. The Egyptian nation knows how to withstand such despicable acts of terrorism and to continue its firm stand against such vicious terrorism. “Israel is coming back to Africa” 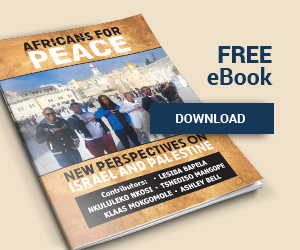