South Africa is over 25 years into democracy yet gender-based violence (GBV) continues to thrive and women continue to suffer violence at the hands of men. The statistics show rising levels of femicide, rape, assault and many forms of gender-based violence with men being the culprits. GBV does not only put women and children in a vulnerable position but creates a dilemma for the entire society. This is no longer about what men should and should not do, it has become another pandemic that the authorities and societies have turned a blind eye to.

Over the last few months, it has become common for South Africans to hear of the murder and abuse of pregnant women, elderly women, infants and children and even women being found killed with their children. There is also a steady rise in the number of cases of missing women and children who are later found dead. South African women continue to live in fear, not knowing what to anticipate and forever wondering whether they or their children are the next victims. Yet we say there is freedom in South Africa.

Patriarchy is, amongst other reasons, a major cause of GBV. Gender inequality which is propagated by patriarchy is one the major detriments that trigger gender based violence. A new case of GBV is filed in police stations across South Africa on a daily basis. According to Bongani Shumba, GBV is amongst other things, a combination of violence amongst men and toxic masculinity. In essence, patriarchy subsequently leads to gender inequality due to the fact that it puts men in a dominant position in society and supresses women. Women still earn less than men for the same occupation, they are rarely considered for top management positions and are still expected to be housewives. Women also have minimal representation in politics and are still viewed as not being fit enough to lead the country, take Dr Nkosazana Dlamini-Zuma for instance.

Much has been said, however little has been done to stop GBV and gender inequality. A number of discourses and social movements have emerged as a result of this plight, such as #AmINext, #JusticeforUyinene and many more campaigns that sparked panel discussions across the entire continent. Our political cadres continuously pay lip service to the issue by “strongly condemning GBV”, however no visible action is being taken. The extent to which they go to resolve GBV cases is not conducive to the victims of GBV and does not send out an effective message to society.

Many South African women have alluded to the fact that their voices are overshadowed by the Justice system. Whilst laws exist on paper, there is no execution in reality as those with money are able to evade justice and the justice system is evidently flawed given the prevalence of corruption and maladministration in the law enforcement agency. Perpetrators are either arrested and released on bail or they get to serve a suspended sentence however in most cases, not even a single arrest is made. The least the justice system can do is to make their laws firm and set standards to other men who might think of victimizing women. In addition to that, the law enforcement system must intensify its involvement in dealing with Gender Based Violence.

In a patriarchal household a man is likely to abuse a woman and children, due to the fact that patriarchy gives men a dominant position in society and affords men more privileges than women. Men feel entitled to do anything they can and want to women, knowing that there will be no recourse for their actions. This article purports the importance for social change and advocates for the society to do away with patriarchal norms and institutions. Eradication of Patriarchy will subsequently lead to a society characterized with gender equality. Moreover, it will stop the subordination and subjugation of women.

Eradicate the notion that men are supposed to protect women but rather play a part in eradicating GBV by unlearning the norms associated with patriarchy. Establish more institutions that advocate for a GBV free society. Introduce GBV as part of the educational syllabus at schools, beyond the Life Orientation programme, in order to deter GBV from a tender age. “I’m not saying matriarchy should rule but I want equality” Palesa Botha (UCT Student). Moreover, until there is gender equality in South Africa we might as well acknowledge gender based violence as another pandemic in the country. This plight remains an excruciating predicament not only to South Africa and Africa but to the whole world.

In a nutshell, having discussed major causes and suggesting plausible solutions, we cannot dismantle the fact that unless we have a society characterised by gender equality despite the presence of campaigns, gender based violence remains an excruciating predicament. Organisations that fight to deter gender based violence such as NGOs like Sonke Gender Justice, Anti Violent Buddies and others, need support and recognition in our communities. Women are the most important people in our society therefore patriarchy must fall and gender equality must prevail. Last but not least, GBV is not only an African challenge but the whole world is facing this conundrum. 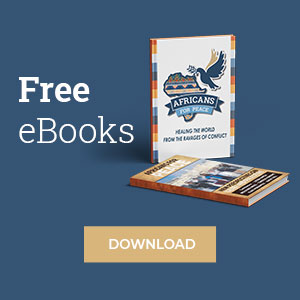